Playing days are not over for these Filipinas who are seeking to promote sports development for girls and women as they forge new career paths in Australia.

For female players who have represented the Philippines at international tournaments, the AFC Women’s Asian Cup brings back fond memories.

Mutya Aller-Lara, who played for the first Philippines women’s futsal team and Waverley Football Club in Sydney said, being part of the game gives her a different kind of joy and pride. She started playing football at the age of 12 and developed her skills by joining their college varsity team.

” I played football from the time I was 12 years old and that’s where I developed my confidence. I can still feel feminine and sexy even if I’m covered with dirt because I really enjoyed the sport that I love,” said Mutya Aller-Lara, who played for the first Philippines women’s futsal team in 2005.

Back in the Philippines, Mutya struggled to find a team that will train female players. She felt that women in football were seen as copycat athletes, trying hard to be part of the men’s game.

“They are ignoring us. For them, we are just trying to imitate the male players. We are not being recognized that even if we are women, we do enjoy this kind of sports on our own and we don’t have to mimic what the boys are doing”

Mutya moved to Australia in 2014 with her husband. She now works in IT doing consulting and programming but still manages to play for local football clubs during her free time.

She believes that involving girls in sports activities alongside boys can help overcome the prejudice that often contributes to the social vulnerability of women and girls.

“Football provides a variety of challenges that help build a player’s perseverance. Playing football with males at the beginning gives you an extra skill.” 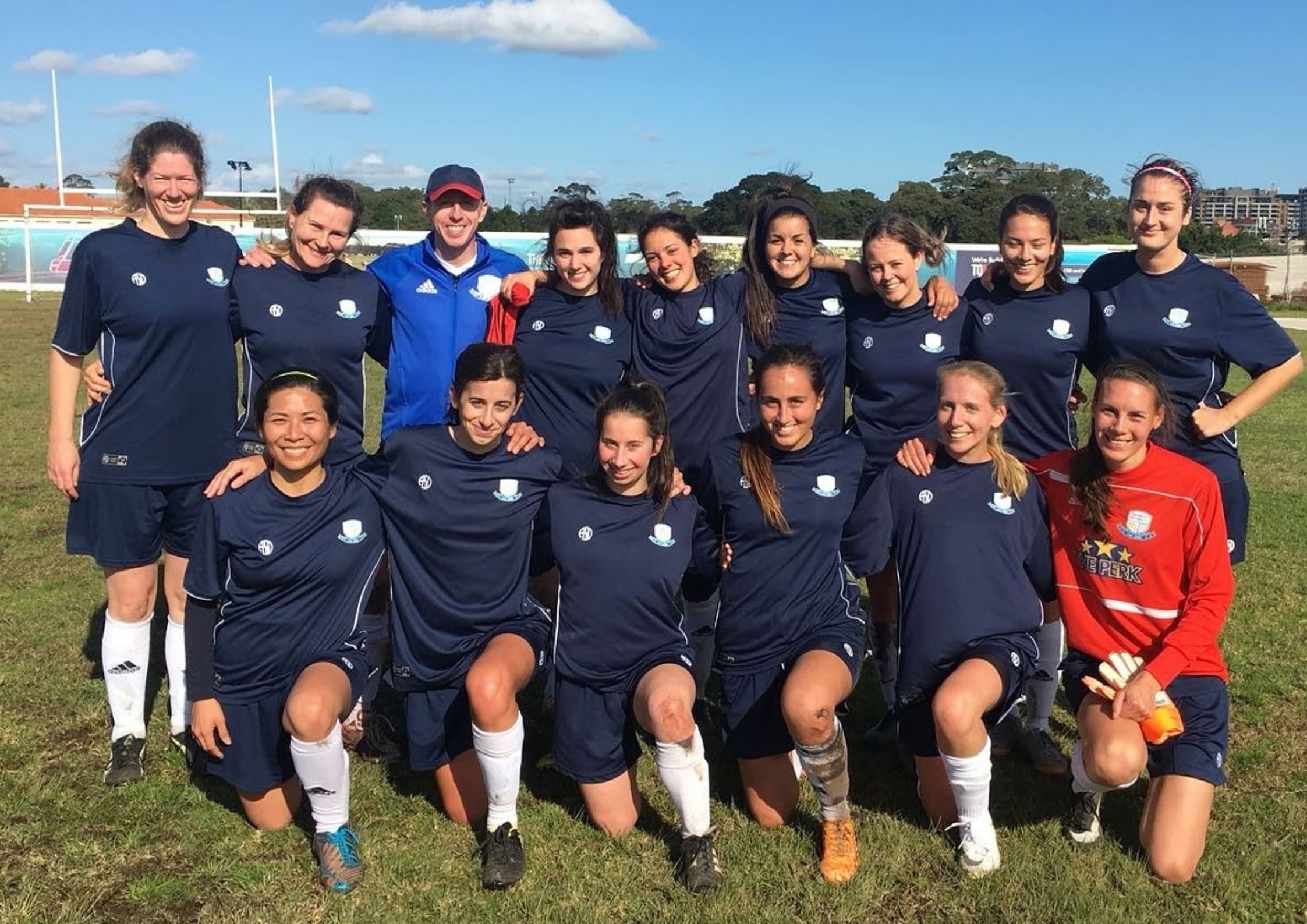 Centro Escolar University Women’s Futsal team head coach, Rhea Penales, who is now based in Melbourne, believes that sport and physical education promote positive values and skills that have an immediate and lasting impact on young people.

After moving to Australia, coach Rhea and her partner and assistant coach, Arqueene Chiong, have found ways to promote the women’s game in several football clubs.

The former Philippine Women’s national team striker who played in the South East Asian Games hosted by the Philippines in 2005 is also offering free coaching sessions for kids and women.

“There are different type of parents. Some of them are sporty and don’t need much convincing while others are hesitant. But we try our best to explain the importance of sports in every child’s life and the skills and discipline that they can learn from it.”  Rhea shares.

Arqueene is a former defender for the Far Eastern University in the University Athletic Association of the Philippines (UAAP) from 2002-2006 and also played for the Under-19 Philippines Women’s National team that competed in China for the Asian Football Federation Cup in 2004.

She was studying nursing for her Pre-medicine course back then. Being a student-athlete means juggling academic and athletic commitments.

A typical week for a student-athlete involves 20 hours of practice plus competing. In between all these hours, she tries to find time to study for exams and even tries to sneak in naps when she can.

“I was juggling my nursing studies and football. I had to bring all my school uniforms and training uniforms and wash them after practice and sometimes I’m crying and wondering if it was even worth it. Right after that experience, I was so proud of myself ” Until now, Arqueene divides her time between her day job as an aged care nurse( whileworking on her registration as a doctor ) and football training.

“It’s my passion to play and I love football so much that I don’t feel tired doing it. It is also my outlet from all the stress in life”

Football played an important role in their lives, as it did for many of their friends.

“Its more than just a game. It teaches life skills and discipline that the players carry with them long after they’ve hung up their boots.” Rhea shares.

And now that the Philippines has qualified for the 2023 Fifa Women’s World Cup as one of the six Asian representatives, the next generation of Filipino football players have found their newest inspiration through the Philippine women’s team.

Before this achievement, no Philippine football team, men or women, or even at the youth level, had made it to the biggest stage of football competition.

It’s been a historic moment for the Filipinos. Mutya, Rhea, and Arqueene think it is high time to bridge the cultural and gender gaps in sports.